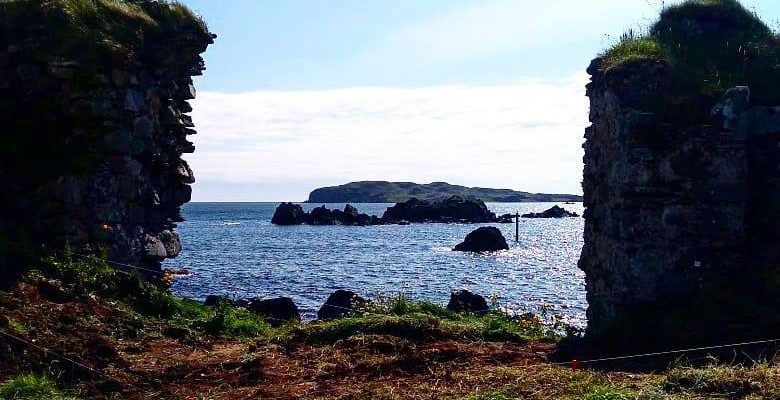 The University of Reading has kicked off its second field school of the year at the site of Dunyvaig Castle. The castle is situated on the South-East of the Hebridian isle of Islay and except for last years UoR evaluation, there have been no previous archaeological excavations on the site.

In my own trench (Trench 2, Seagate Crew) the team have been working hard to expose, excavate and explore the stratigraphy that lies between the castle walls and the coastline. Any trenches within the castle walls are subject to scheduled monument consent and must be left as they were found. The first job, then, was to remove the backfill from last year by hand. Once these already disturbed deposits were shifted, the protective terram was lifted and the whole trench was cleaned.

Over the first week of excavation, the crew revealed a long structure in the centre of the trench which appears to be sloping from the north towards the southern coastline. Our task this week is to record the soils and rocks in-situ before lifting each context in the reverse order of which it was laid. This will leave us with the earliest event within which we can hopefully get a clearer idea of the form and function of the slipway structure. 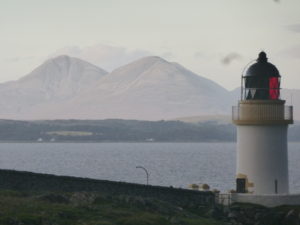 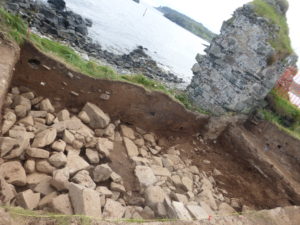 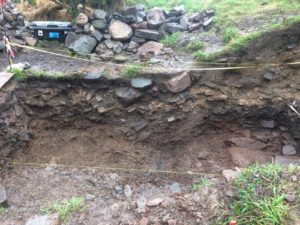 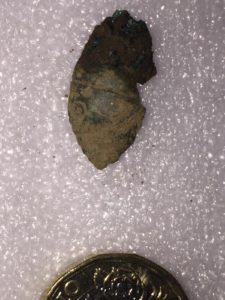 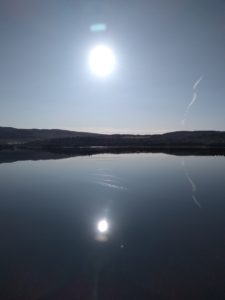 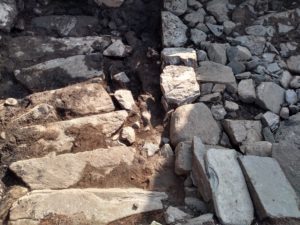 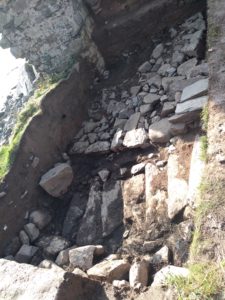