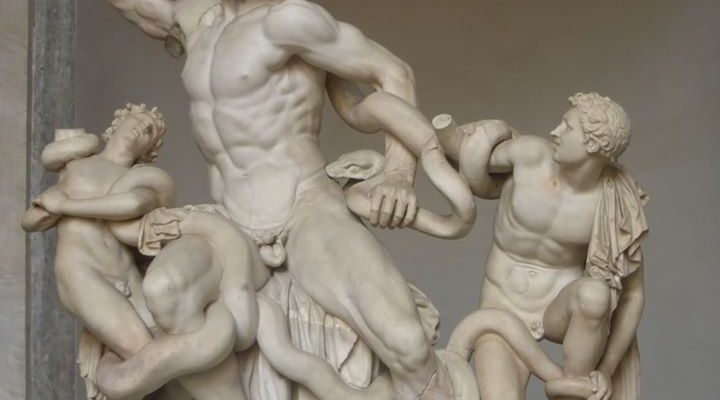 Day 36 – There was no day off for last week and so on Monday we travelled by tram to the Vatican City. Here, we looked at the Museums including the Room of the Aldobrandini Wedding, Odyssey Frescoes of Via Graziosa, Museo pio Clementino, Museo Chiaramonti, Museo Pio Cristiano, Museo Gregoriano and the Hall of Portraits. Needless to say, this took all day! The Vatican City Museums are filled with incredible works of art from the Mesopotamian to the modern Christian, but the layout, however, is frustrating. Visitors are funnelled towards the main walk leads everyone to the Sistine Chapel, which is famous for its paintings including an in-situ piece by Michaelangelo. With the Christain nature of the Vatican City, it is, of course, appropriate that visitors may want to see such places, but as an archaeologist, I am frustrated by the neglect of the other, incredibly high quantity and quality of ancient materials the Vatican houses. The encouragement of tour groups means there are often very large numbers of people walking around with headsets only being directed to specific areas. The size of the museums and the different interests of those who visit may require this, on occasion, but the desired money could still be made with separate ticketing. The artists could see the art, the devout could see the relics and the historians could study the heritage of Rome. Those visitors who do wander freely often find many artefacts are completely unlabelled and undescribed to the viewer. 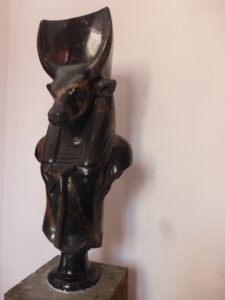 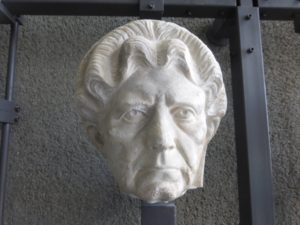 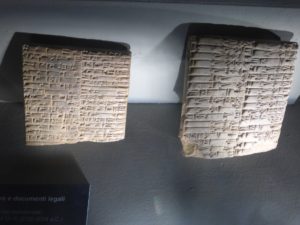 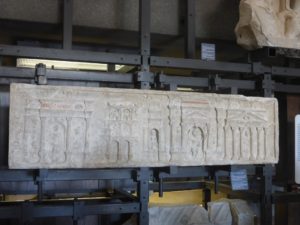 This all being said, the sculpture, architecture, paintings and small finds that these museums have on offer are incredible. The Laocoon, for example, one of my all-time favourite sculptures resides in a niche of a courtyard, opposite the equally famous Apollo of Belvedere. The Laocoon for those who are not familiar with the term is a statue of a Trojan priest (Laocoon himself) and his two sons both being attacked by serpents sent from the Gods. There are various versions as to why this divine intervention occurred (see Virgil and Homer for example), but this piece is thought to have been carved around 40-30 BCE by a collective of artists: Agesander, Athenodoros and Polydorus of Rhodes. The curves and intricacies of the marble sculpture are masterful from the expression of pain and panic on the human faces to the smooth coils of the giant snakes. It is the latter that draws me to this piece specifically as snakes in Roman sculpture is a passion of mine. 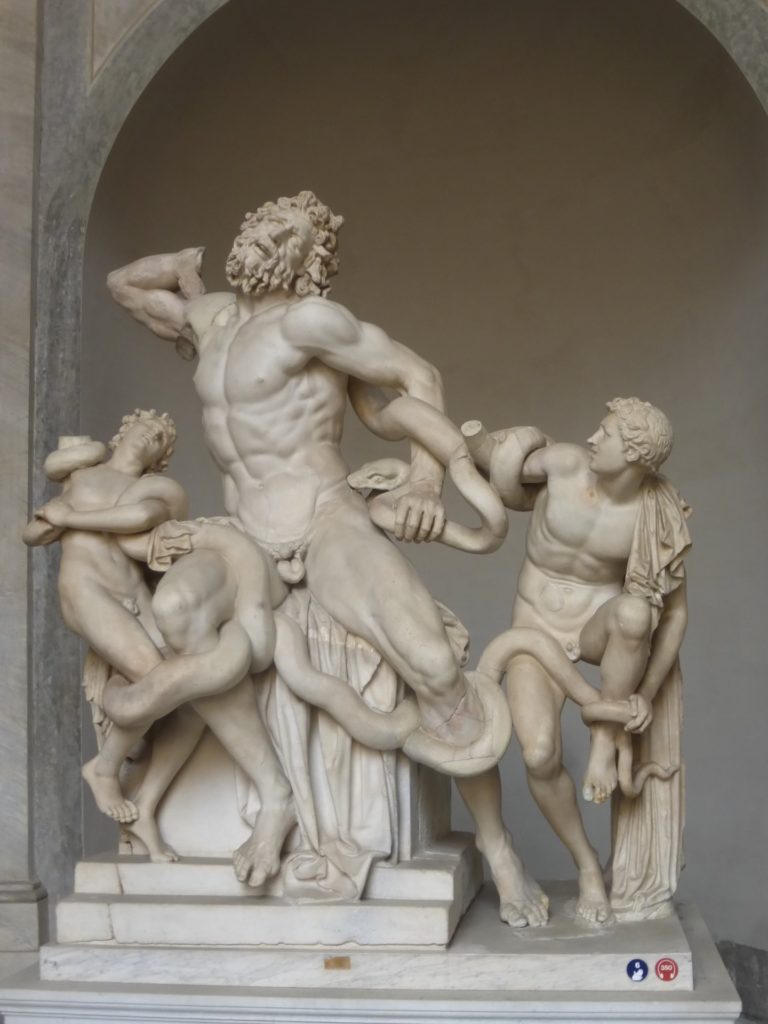 One last note on the Vatican Museums – I found within them one of the so-called-Sulla busts. Imagine my delight! There are not many bust portraits assigned as Sulla but I have good reason to believe that this is neither Sulla, nor particularly ancient. But that is a paper for another day… 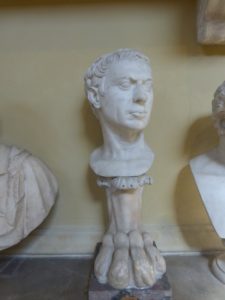 Day 37 – The Lateran and Caelian Hills called to us to them on Tuesday, starting at the archaeological excavations beneath the San Giovanni in Laterano. Here you can see preserved examples of wall paintings, multiphase Roman housing and the later adaptations of the buildings as a collection of churches all built on top of each other. Afterwards, we had an appointment to keep with Carlo Pavolini who gave us an excellent guided tour of the Basilica Hilariana which resides within the Ospedale Militare del Cello. The Hilariana was built for and used by the fascinating cult of Cybele, her lover Attis and the sacred pine trees that played such a vital role in their rituals. Straight after this tour, we headed beneath the San Giovani e Paolo church to see the ruined insula and Domus, the substructures of the Temple of Divus Claudius, the Arch of Dolabella and the Neronian Nymphaeum.

Day 38 – Wednesday was another full day as we headed back to the delightfully peaceful Palatine Hill to explore the Domus Augustana, the Domus Severiana, Baths of Maxentius, Vigna Barberini and the Baths of Elagabalus. The views from atop this central hill are stunning and the areas behind and below the Domus Augustana are filled with sculptural architecture and are often much quieter than the adjoining areas of the Forum and the Circus Maximus. The Palatine is riddled with unsolved phasing from throughout the Roman Republican and Imperial periods and should definitely be on your list of things to do when visiting the Eternal City. 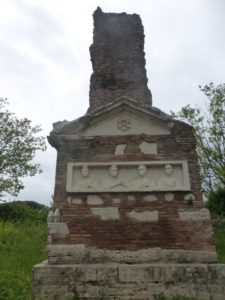 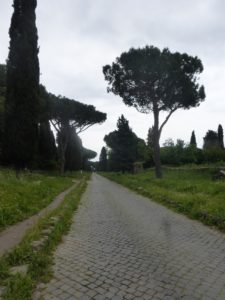 The lecture this Wednesday was by Nicholas Purcell of Oxford University titled: History and Theory: The Romans Debate Their Forum. It was very interesting and I was pleased to hear that Purcell would be joining us on some of our day trips, perchance I might ask him about Sullan architecture…

Day 39 – Thursday started at the Villa of the Quintilii which resides on the Via Appia Nuova in a lovely scenic area. This humongous Villa can still be seen today in an extensive collection of ruins which span across a plateau of its own. The Villa was originally owned by two wealthy brothers (the Quintilii) who were consuls around 151 CE. The estate later passed into the hands of Emporer Commodus and contained three separate bath complexes, a circus, long peristyle gardens and a three-storey Domus of huge proportions. The site is still being excavated and I implore you not to let the long bus journey (only an hour really) put you off visiting this special place. After the Villa, we exited onto the Via Appia Antica and walked a full length of the ancient road which leads out of Rome. This ancient cobbled street was once lined with funerary monuments and inscriptions that immortalised the achievements of those who commissioned them, the remains of which can still be seen today. 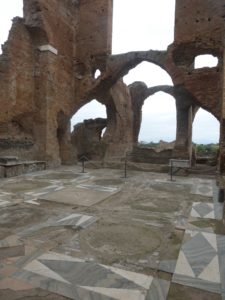 Day 40 – On Friday we returned to the Esquiline Hill and I was very happy to start at the Porta Maggoire and finally come face to face with the Baker’s Tomb – a monument I have wanted to see in the flesh for a few years now. 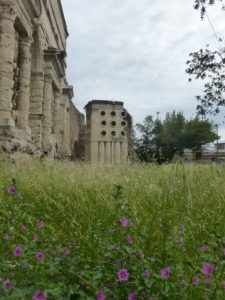 We had an appointment before lunch at the Villa Wolkonsky and popped to see the Castrense Amphitheatre and Republican Tombs of Via Stailia on the way. Both these sites require permits, but they are well worth a visit due to the mosaics, standing architecture and inscriptions that are still visible from such an early Roman period. Villa Wolkonsky is a beautiful residence whose gardens include in-situ ruins of Roman aqueducts, columbarium, sculptures and the tomb of the architect Vitellus (available for viewing with permit). There are also particularly nice displays of collected marbles, renaissance landscaping and re-use of architectural materials. 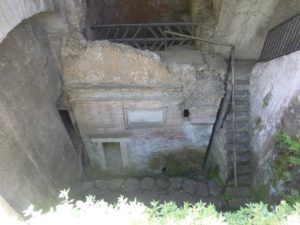 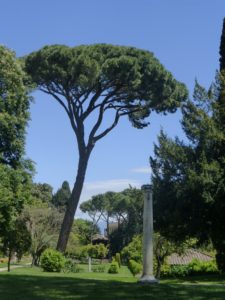 Day 41 – The final day of our two-week stint took us to the Aventine Hill where we learnt about the thrill of chariot racing at the Circus Maximus, the training of animals (for display, not death), the puzzle that is the Arch of Titus and how it did (or didn’t?) fit into the architecture of the huge race track. We explored the remarkably well-preserved wall-painted, collonaded rooms under the Casa Bellezza, marvelled at the complete Roman columns in the Santa Sabina (all 25 with capitals and bases still intact from the 2nd century CE!) and climbed the Monte Testaccio (or amphora sherd mountain) for a spot of lunch. Two quick visits to the navalia and the emporium on the banks of the river Tiber and our week came to a close. 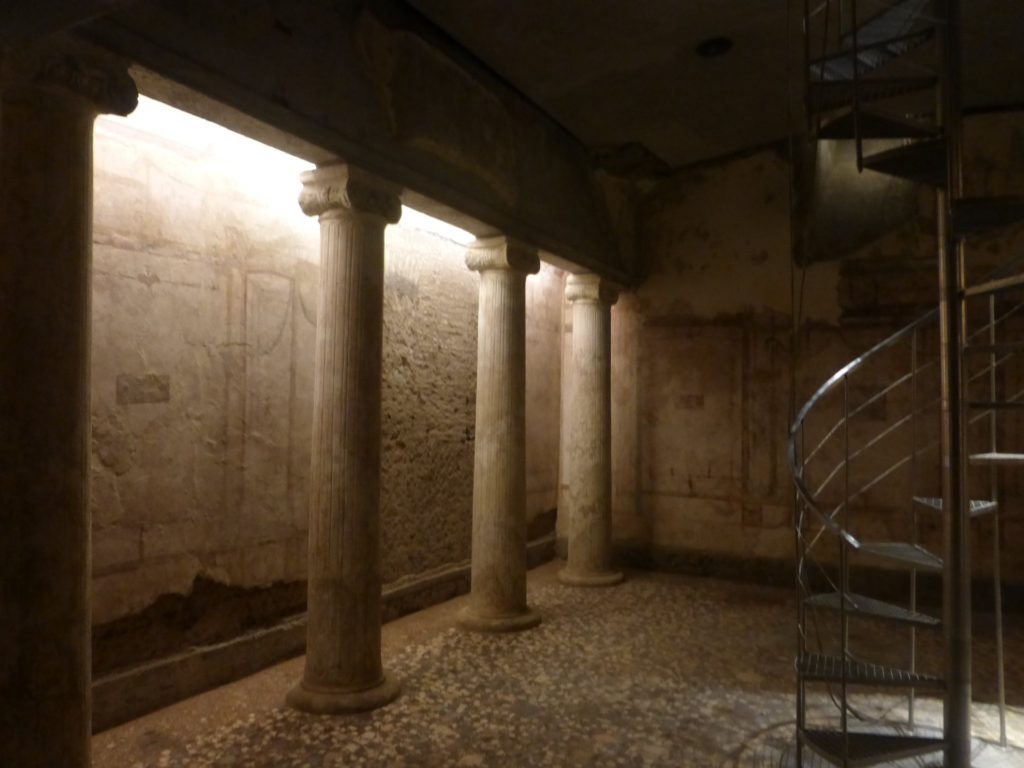 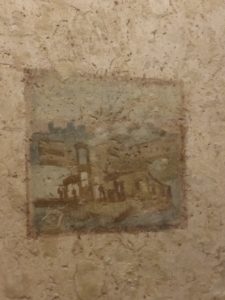 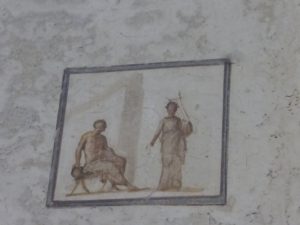 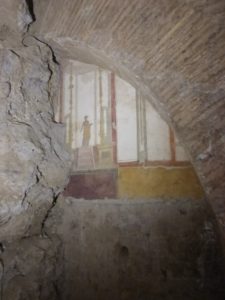 It is nearly impossible to record every site, monument and piece of knowledge I have gathered in the last few days. Should you wish to know more about any of these sites or photographs, do leave a comment.

Next week we head to the lovely area of Trastevere: an area of Rome I have always enjoyed…