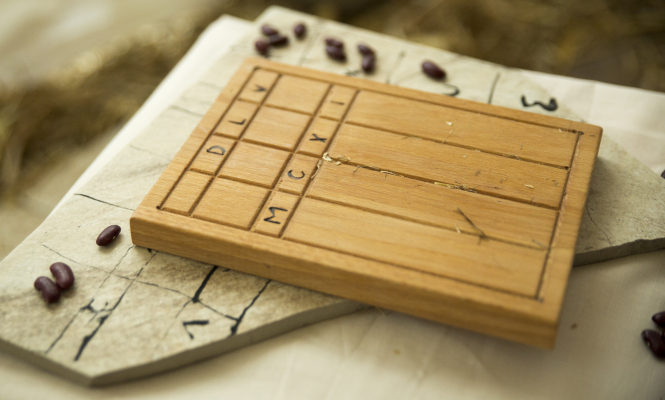 WHAT’s IT LIKE? Episode 1: Professor Eleanor Dickey – A Specialist in Ancient Languages and Education.

Welcome to the first in a new mini-series called What’s it Like? Originating from my work with the Classics Department, University of Reading, these episodes include interviews of staff, volunteers and students from across the globe, who specialise in all the different fields of academic and commercial studies in Classics, Archaeology and Museums. Candidly sharing the realities of their jobs and historic passions, whether you want to be a Linguist, Museum Curator, Archaeologist, Lecturer, Well Travelled Researcher, A Barrier-Breaker or you’re just here with a coffee – you’re in the right place for inspiration! Read on!

A Specialist in Ancient Languages and Education.

I’ve wanted to be a scholar since I was a little girl; it seemed like it must be so much fun to discover new things about the past. And you know what? It is so much fun! It is also hard work, but I love being a Classicist, and that’s why I do it. Of course, I also want to transform my students’ abilities by brilliant teaching, to bring the ancient world to life for people who might never have understood it, to make discoveries that advance scholarship, and to write books that people will want to read and use long after I’m gone. Little things like that. And I work very hard at these goals — but the heart of it all is simply a love of the ancient world.

You’re sure you want to know? Absolutely sure? You wouldn’t rather keep your illusions about the luxurious life of the full professor? Okay, so here goes…

I work pretty much all the time, from long before dawn until late at night. I’m married to another Classical linguist (Philomen Probert of Wolfson College Oxford), whom I’ve known since we were students together; we live in a little house crammed full of books, with a cat inherited from another Classical linguist. Both our lives are completely focussed on Classics — it’s a passion that we share. And that’s good because life with Philomen can be demanding. For example, lately, she’s been teaching Hieroglyphic Luwian in Swiss German over Zoom from our dining room table before dawn, every single day, even on Christmas.

On teaching days I normally spend about 12 hours on campus and eat all meals in my office. I have a lot of teaching hours (up to 6 per day), but I prefer it that way because it means that my classes are all small and interactive, rather than big, passive groups. I enjoy the kind of teaching where you find out what the students are thinking because that allows you to help them learn effectively; I’ve never been convinced that lectures do much of anything towards learning. My own student days were mostly wonderful, exciting periods of challenge, stretching, and constant discovery; although the discoveries about the subject matter were good, the best were the discoveries about the extent to which one can develop new abilities. University transformed me from someone hampered by endless limitations into someone who could do pretty much whatever she set her mind to — and now that I’m a teacher I want to give my students something similar. They don’t all want that, of course (many are just as attached to their limitations as I once was to mine, because limitations are an important part of one’s identity), but some do.

On days in between teaching days I spend most of my time reading student work; of course, that’s entirely my own fault for assigning so much of it, which I do because I’m convinced that that’s the best way to give students the experience I’m aiming for. I enjoy reading the work when it goes well, and tear my hair when it goes badly.

Out of term, and in terms when I’m not teaching (such as this one), I concentrate on research. I’m currently finishing a book on Latin loanwords in ancient Greek; I’ve been working on it for over a decade, and the book is enormous, so I’m very keen to send it to the publisher soon. But I don’t want to ruin my reputation as a scholar by making mistakes, so I have to double-check it very carefully, which is taking forever. My main workspace is the bed; I sit on it with the cat and the laptop sharing my lap and books and papers all around. It would be a bit easier if the cat wanted to sleep somewhere else, but then I’d miss her.

One reason this book has taken so long to finish is that I’ve also been working on other research projects. One of those is editing 35 papyri (scraps of ancient paper dug up by archaeologists) as part of a project at the University of Naples (https://platinum-erc.it/) that is producing a re-edition of all known Latin papyri (there are thousands). I really enjoy editing ancient texts, because you’ve got a good chance to discover something completely new. For example, I recently discovered that one of my papyri was a copy of a text that is supposed to have been composed in the sixth century AD, except that this papyrus had been written at least 300 years before then. So suddenly our whole understanding of that text has to change (Read more). The other reason I enjoy editing texts is that it’s a great excuse to travel: you need to inspect the original papyri or manuscripts, and those inspections result in delightful visits to libraries, museums, and even beautiful monasteries where women aren’t allowed in at all, unless they need to see a manuscript. 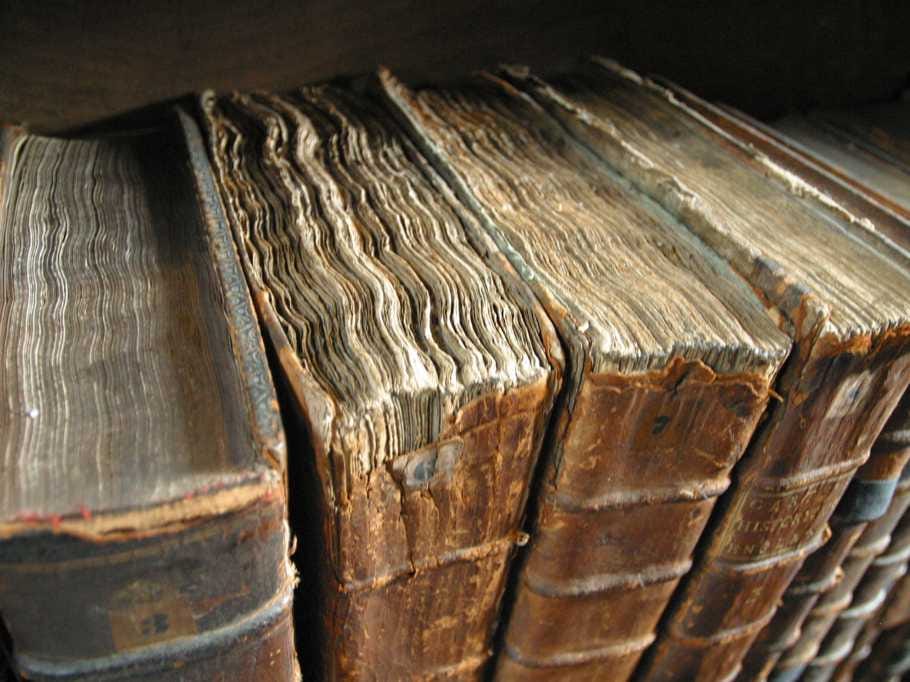 Most years I also run an event called the Reading Ancient Schoolroom (www.readingancientschoolroom.com), in which we re-create a Roman school for a few days and invite local children to come to experience it. This is a research-impact project based on my work on ancient education , so we focus particularly on what children actually did in ancient schools, from interrupting the teacher and saying hello as they came into reciting poetry from memory. But in order to make it feel authentic, we also have Roman costumes, wax tablets, reed pens, papyrus rolls, etc. We also have a slave, because slavery was an important aspect of ancient life that can’t be ignored, but as the director of the event, I feel uncomfortable about asking anyone else to play a slave. So I always take that role myself.

2) I get to do a lot of travel and practice foreign languages because I’m frequently invited to give lectures in interesting places (although sometimes I bite off more than I can chew and end up wishing I hadn’t accepted quite so many invitations). I also travel to look at manuscripts and papyri when editing texts, sometimes for weeks at a time.

3) The job is highly varied, so you don’t get sick of doing any one thing (except perhaps e-mail).

4) You’re always learning and overcoming new challenges, so you continue to grow and improve.

5) Academia is a very tolerant place, which is great if you have characteristics that some people don’t like. I’m an immigrant, married to another woman, with prosopagnosia (face blindness: I can’t normally identify people by looking at them). In some settings, I might have a very difficult time, but universities are very tolerant in these respects.

Understanding other societies and cultures is important because it helps us understand our own world better and appreciate something of the range of cultural possibilities within which our own ways of doing things fall. In order to decide whether you want to continue doing things as usual or try something different, you need to know what other options exist. Of course, you can get those benefits from studying any other cultures, but understanding ones from the past is particularly useful, because that allows you to know what happened on previous occasions when various other options were tested out.

More specifically, take my research specialism of education in antiquity. Ancient education was fundamentally different from its modern equivalent, because instead of grouping children by age and expecting them all to master particular skills at particular points in their lives, it was highly individualised with each child learning at his or her own pace. That has some obvious advantages over our own system in terms of reduced stress, anxiety and boredom for students whose brains work faster or slower than average, but also obvious disadvantages in terms of efficiency: the modern system allows more students to share one teacher. Are there elements of the ancient education system that we could adopt into our own without losing too much efficiency? In fact, if you look, you see that there are. For example, does everyone always have to have the same deadlines? Inspired by the ancients, for several years now I have been letting my first-year students choose their own essay deadlines, and that is a classic win-win solution: not only do they each get the deadline that suits them best, but I get my marking spread out over a month, which makes the essays much easier to hand back quickly. 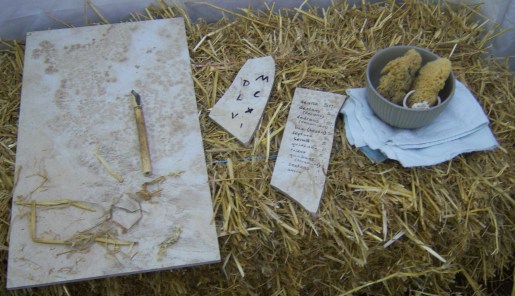 If you didn’t have you current job, what else could you apply your skills to?

With some reorientation I could do pretty much all ‘graduate jobs’ that don’t require degrees in specific fields: charity work, financial services, consulting, advertising, publishing, etc. Most such jobs require skills that any good Classicist has: how to think analytically, write well, argue persuasively, work hard, learn fast, take responsibility, be creative, not let your colleagues down, etc. By this time I’m also very good at studying, so if I wanted to do something that requires further study, like being a lawyer or engineer, the retraining wouldn’t be too difficult. I could even branch out into careers that require non-academic learning, such as farming or plumbing: once you really understand how to learn fast and efficiently, you can apply those learning skills in different ways.

Not really. I had a tough childhood and wasn’t very ambitious about what I could achieve. I wanted to be a scholar, but without fully understanding what a scholar is; it wasn’t until I got to university that I started to realise what my options really could be. If someone had said to me when I was young that eventually I would be a professor of Classics, publish ten books, travel all over giving lectures and workshops in different languages, and live in a house Oxford with a wife and a cat, I’d have been thrilled (especially about the cat), but I probably wouldn’t have entirely believed it.

I hope my current book will be finished and published, and that I’ll be in the middle of another project that’s just as good. Apart from that I’d like to be just where I am now, because this is a lovely department.

Work really, really hard: that’s the only way to get here.

Never give up on a goal just because you haven’t got the right abilities: most abilities can be acquired if one is determined enough.

Pay close attention to reality and see things as they really are: self-deception, even if temporarily soothing, is limiting in the long run.

What to know more? Click the book for more details or visit the ancient school room website here. 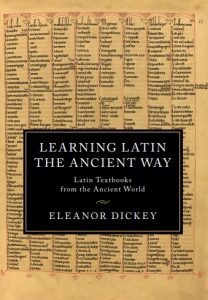