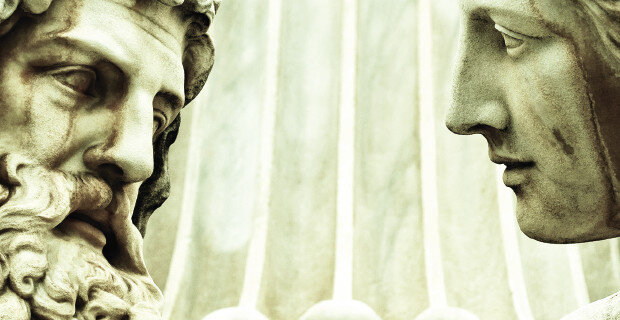 WHAT’S IT LIKE? Episode 4: Prof. Barbara Goff – A Specialist in Ancient Greek Literature, Language, Tragedy and their Later Reception.

Welcome to the mini-series called What’s it Like? Originating from my work with the Classics Department, University of Reading, these episodes include interviews of staff, volunteers and students from across the globe, who specialise in all the different fields of academic and commercial studies in Classics, Archaeology and Museums. Candidly sharing the realities of their jobs and historic passions, whether you want to be a Linguist, Museum Curator, Archaeologist, Lecturer, Well Travelled Researcher, A Barrier-Breaker or you’re just here with a coffee – you’re in the right place for inspiration! Read on!

A Specialist in Ancient Greek Literature, Language, Tragedy and their later reception. 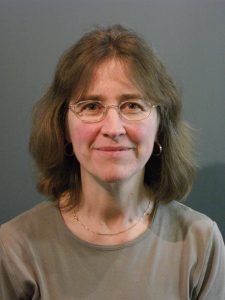 Name: Prof. Barbara Goff.
Area of Specialism: Classics, Literature & Reception Studies.
Topics of Interest: Euripides! How subsequent societies rework Greek tragedy, especially in postcolonial contexts.
Job Title: Co-Head of the Department of Classics and Departmental Director of Teaching and Learning.
Job Responsibilities: Right now I am joint Head of Department with Prof. Amy Smith with responsibility, in the final analysis, for everything that goes on in the Dept; but I mainly oversee the workings of teaching and other inward-facing activities, while Amy oversees research and outreach/publicity, the outward-facing activities. I’m also Departmental Director of Teaching and Learning, which currently means that I am planning what modules the Dept will offer next academic year.

I went to a single-sex grammar school where Latin was compulsory if you were any good at French. This was, obviously, hundreds of years ago, when the state-sector still taught Latin, and even Ancient Greek. I was good at Latin but hated it, and wanted to revolutionise how it was taught. Therefore, I continued with Latin, and suddenly found myself doing Ancient Greek too. Needless to say, I fell in love with Greek, and that was that. Sadly, no revolutions at all took place.

Currently, my daily life is a bit demoralising, like everyone else’s. People who teach and who like to learn, enjoy each other’s company, and often strike sparks from one another; this is harder to do at an online distance. This term I am teaching Ancient Drama, and Latin [Level] 1, and I enjoy them both, (especially the number of emojis that pop up in our chat boxes), but I would love to be back in the classroom. Other than teaching, I keep busy filling in the many forms that the University sends my way and trying to help keep both staff and students happy and productive.
At home I have a husband who is also a University lecturer, so we have the odd tussle over teaching space and whether I am making tea too loudly, and I have a teenage son who helps me out with musical choices, and with learning new names for mind-altering substances. I have another son at University in Swansea, allegedly doing Maths, but a lot of guitar too.

When I get a moment I research and I am currently writing about Alexander Kwapong, a Ghanaian classicist who became the first African principal of the University of Ghana, in the 1960s. He later moved into University administration working in Japan and Canada. He seems to have been a charming person, and I am fascinated to read in his various writings how he saw Classics as important to the newly-independent states of post-colonial Africa. He remarks that if Classics does not have all the answers, it certainly poses the important questions; and he stresses the importance of all the humanities, from West, East, and everywhere else, in a world increasingly divided by inequalities of wealth and access to technology. I can get access to much of what he wrote via the internet, and when the British Library is open, I can read much else there.

I see my work as very much part of the decolonising movement in the humanities, both opening Classics up to demographics that might have been excluded, and revisiting Classics with tools that derive from previously excluded demographics.

The best parts of my job are twofold: the students and my colleagues. It is so encouraging to see new cohorts of young people who are fascinated by the ancient world, and who want to learn more about it, and even put their own stamp on it if they go on to teaching, museums, publishing or further study. My colleagues are an amazing bunch of hard-working and humorous people. It’s great to see them on the small screen (of my laptop) but I like them much better in the corridor of the Edith Morley building, carrying their coffee cups, sandwiches, bits of ancient pottery, or bits of Ancient Schoolroom, and complaining about the university administration.

It delights me that our students can go forward into so many fields. It also delights me that so many of them want to teach – they clearly are not put off by their experiences at Reading, but encouraged by them! Many are keen on the heritage sector and they often develop experience in our very own on-site Ure Museum, but in no way do our students feel confined to the ancient world. Most recently we have an alumnus who is a digital marketer, and we have plenty of alumni in IT. Many continue to exercise their communication skills in publishing or other kinds of writing such as journalism or PR. One of my favourite alumni stories is of a student who wanted to get into advertising. When asked the inevitable ‘Why Classics?’, she was able to answer with such passion and enthusiasm that they could see she was the one for them. Others exercise their organisational skills in University administration, school administration, local government or, in one stand-out case, working for the Premier League in Football. Some continue their languages, in positions at the Foreign Office, for instance. Some of our alumni start their own businesses too – I can think of an events organiser and a scuba-diving school – and in so doing, are exercising the skills of the independence and initiative that University study fosters. Of course, some want to do their MA, then their PhD, and eventually become lecturers themselves. I shan’t discourage them…

If you didn’t have your current job, what else could you apply your skills to?

If I had not become a professional Classicist at a university, I rather expect I would have become a teacher, or possibly a civil servant. However, my childhood dream was to be a marine biologist, in order to spend my days watching the corals. I also wondered at one point about being a long-distance lorry driver, but I think that was so that I could sit down a lot and eat fast food. Actually now I remember that when I was much littler, I wanted to be an actress (we said actress in those days) – but a lot of teaching is performance, so I think I am still getting some of that out of my system.

I did not really have many hiccups along the way, except that as a graduate student I, (and all my fellow students), assumed that we would be unemployable. I spent some time thinking of back-up jobs (see above). The major hiccup I had, was that for many years I taught in the USA, at the University of Texas at Austin, and I assumed I would remain in the States. I had done much of my graduate work in California, so I was very used to the American system of higher education and I enjoyed being part of it. I loved that I had lived in the two most colourful states of all. Coming back to the UK, initially for personal reasons, was a big shock, and the UK university system took quite a lot of getting used to. I landed on my feet here at Reading.

My research life has changed a lot in the past couple of decades because I write much less on Greek tragedy and much more on classical reception topics. I am very interested in how subaltern populations use material from classical antiquity, so I have a long-term project about classics and the British Labour Party. I am also committed, currently, to the various debates about inclusive Classics.

What to know more?

If you’re interested in Ancient Greece, or any of the topics above have a look at Prof. Goff’s publications here and here (bottom of the page).