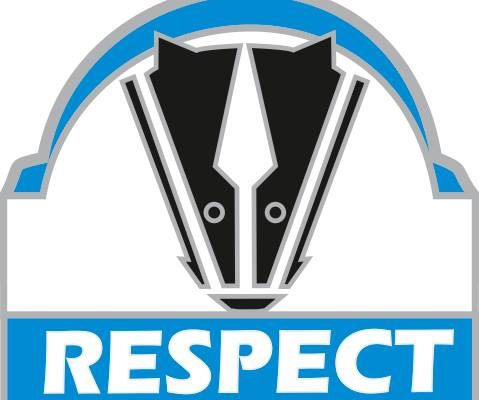 It’s always good to see people standing up for what they believe in. An important post from BAJR that has my respect. Worth reading the whole thing.

Recently, a member of the BAJR Facebook felt it acceptable to comment on the way the admins carry out the work here. Remember, that BAJR Facebook is administered by three of us. Liz, Gwil and David – three joint admins.

It was therefore strange that when jokingly challenged about the need for some basic introduction, the BAJRite chose to say “she already betrayed you, allowing for the first time ever a selfie post…with no reason” in reference to a post earlier in the month by another BAJRite where they uploaded a selfie with a scale and north arrow.

At first sight, it might just seem to be a bit of poorly worded humour and perhaps a case of misunderstanding the UK archaeology ‘commercial arch’ shtick… but let’s look a little closer.

We are three admins who jointly share the task of keeping this place going – a place for all to be able to enjoy without fear of abuse. There are THREE admins. Why pick specifically on Liz? As BAJR, I raised the issue with the BAJRite and asked what they were getting at? Why say that SHE had let ME down? I felt that there was an unspoken assumption that I sit there on a throne expecting the little woman to run around at my bidding. In this case there was no answer, just a passive aggressive, “Of course, Admins are always right, I must go to do work, have a nice day!” This is a just single example of the kind of low level and constant abuse that Liz and other female admins in other groups have to deal with.

Of course, we men admins get our own abuse as well in the form of messages and little secret nastinesses. But in general, it is the female admins that get the most abuse. Why!? Why should it be seen in any way acceptable to have this? This kind of misogyny is more common than most men realise. Most women will recognise it and will have learnt all those coping mechanisms, of which so many men are unaware, that involve shutting out as much of the negging and corrections as possible while still maintaining a harmonious workplace, and indeed homelife.

Many of you men out there will say “But #NotAllMen!” and this is where David and I have to come in and say that defending ‘men’ as a group makes us complicit with the misogyny. If we want to defend men from the charge, get up and challenge those colleagues who make it a habit of undermining women colleagues, whether through the medium of inappropriate remarks and leering or, perhaps more invidious, insidiously inferring that they do not know their job or that their competence does not match that of the men they work with.

The RESPECT campaign, makes it clear that abuse should be challenged at source, and at first, hope that the perpetrator sees the harm being caused, and then to take further action if they don’t.

Remember a little abuse goes a long way when it is constant – and Liz (as well as the rest of us) does not need this sort of abuse. This is not being thin skinned, it is born of being constantly exposed to derogatory remarks, little pokes often disguised as “banter”. Ask yourselves this, if a people came up to you in a pub and each one poked you in the chest, then left, how many pokes would it take to make you say… enough is enough?

Therefore, in keeping with the RESPECT campaign… any abuse directed at an admin (or other member), no matter how small will be regarded as unacceptable.

If you have a reasonable complaint, then be polite and deal with it like a human being. (this is not closing down debate – it is keeping it respectful for us all, without the misogyny, shouting or bad language) Anyone using derogatory language whether public, private or in secret groups, will be given the chance to apologise, however, lack of an apology or continued abuse will result in a lifetime ban from BAJR – full stop.

We take no pleasure in this long message, but it should be very clear – we (and I mean all BAJRites) will not tolerate the idea that this behaviour is acceptable.