Wow! What a week! We have had so many wonderful discoveries this week, so let’s get to it!

Trench 1: This trench has indeed revealed three columns in total! All three sit in a carved stone plinth, with two being ruined and one where only the base remains. Amazingly, the carved bases still remain and although the uprights are unfluted, masonry marks can still be seen on the stone! This column section sits between the Roman Street and further masonry which seems to be part of a later event of rising or levelling of the area. Towards the centre of the trench, there are wonderfully tall and well-preserved walls made of stone, tiles and other types of CBM all from different extensions and decorations throughout the Roman period. 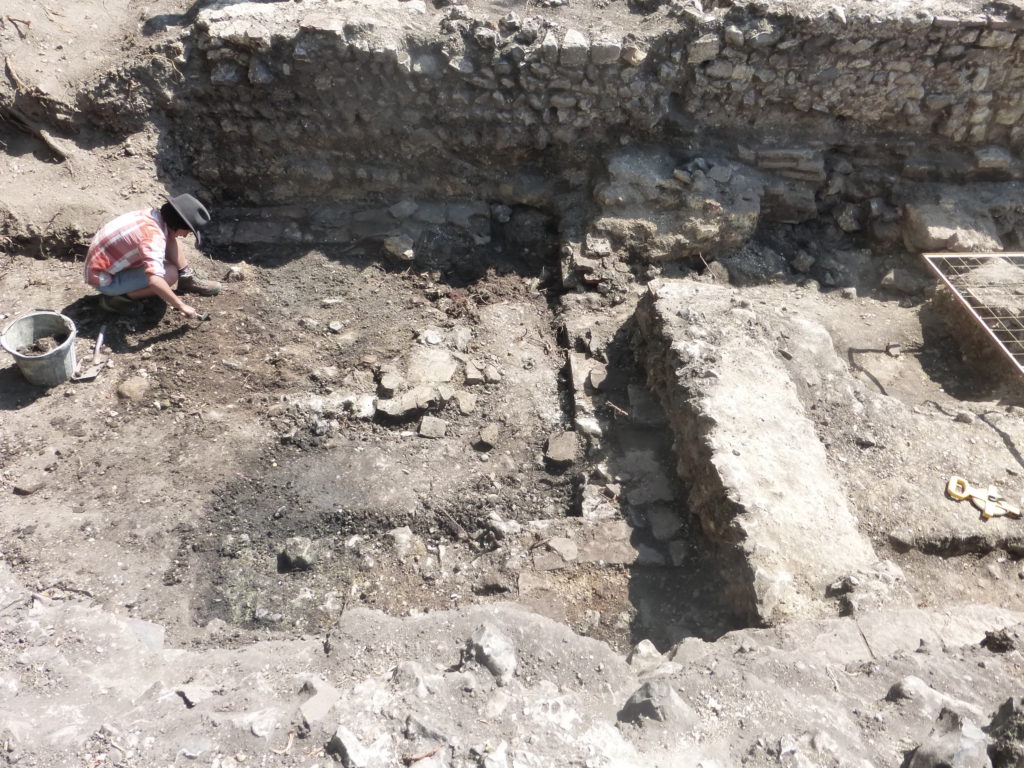 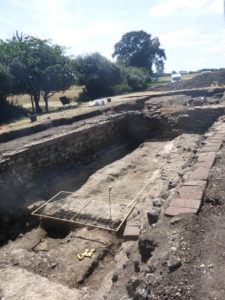 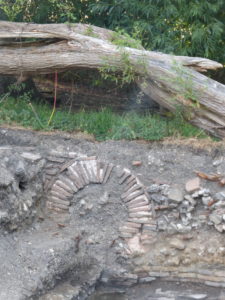 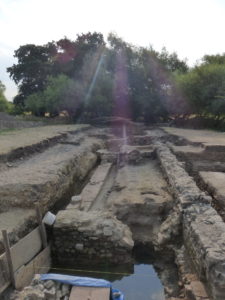 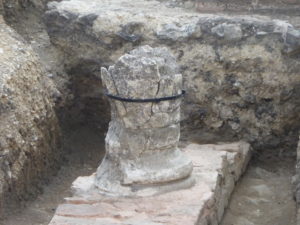 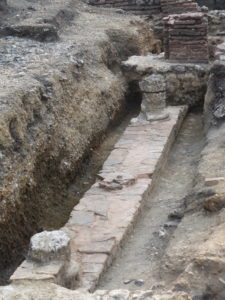 Trench 2: The stratigraphy in this trench is finally starting to make sense as the difference in later and Roman periods becomes clear. Trench 2 offers important information regarding the relationship between the spaces of the Bathhouse complex. Adjoining the apodyterium are multiple rooms and floor surfaces which are separated by walls robbed out in the (suspected) 12th century. The finds in this trench have been particularly good with coins and bone pins and jet beads amongst others. A beautiful fragment of mosaic flooring was found in one of the drainage areas. A truly wonderful and rare find! This week the excavators are uncovering more of these areas of activity so watch this space! 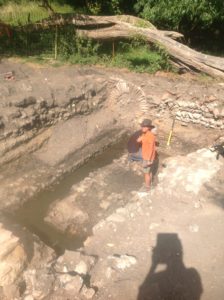 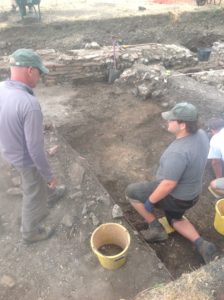 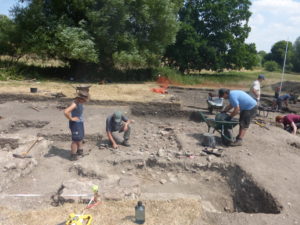 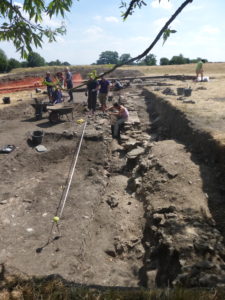 Trench 3: The hypocaust has turned out to be a lot deeper than first expected. The pilae stacks keep on coming with a very real potential of finding all 25 originals now within reach. The plinths within the structure have mortar cores which have been clad with flint nodules, chalk and various types of mortar. Small samples of painted wall plaster have been found and I was lucky enough to find a complete bone hairpin, much to my delight! The ditch area in this trench has thrown some stratigraphic curve balls with interesting gravel accumulations, but a new archaeological horizon has just been discovered….. 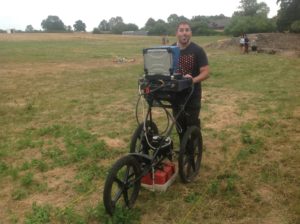 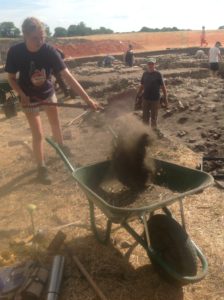 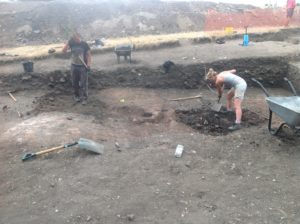 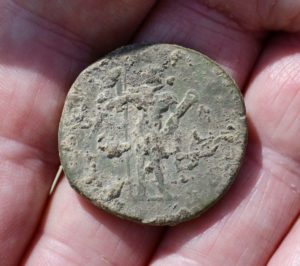 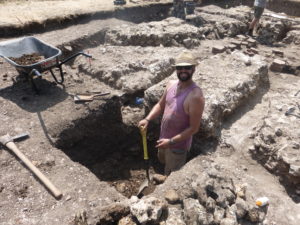 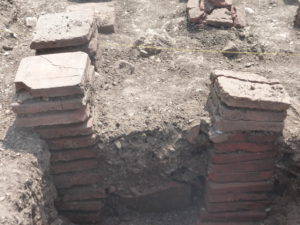 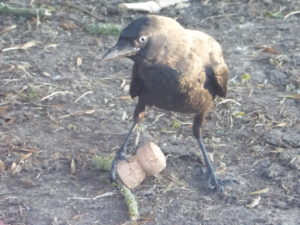