And so let the second half of Archaeology at the University of Reading Field School commence!

Our next instalment is one close to my heart. Islay is a wonderful place filled with an archaeological kaleidoscope of sites. All periods from the Mesolithic to the Second World War are amply represented in landscape, monuments and ruins. On this, my 5th visit to the island, the team of staff and students are about to uncover the medieval site of Dunyvaig Castle….. 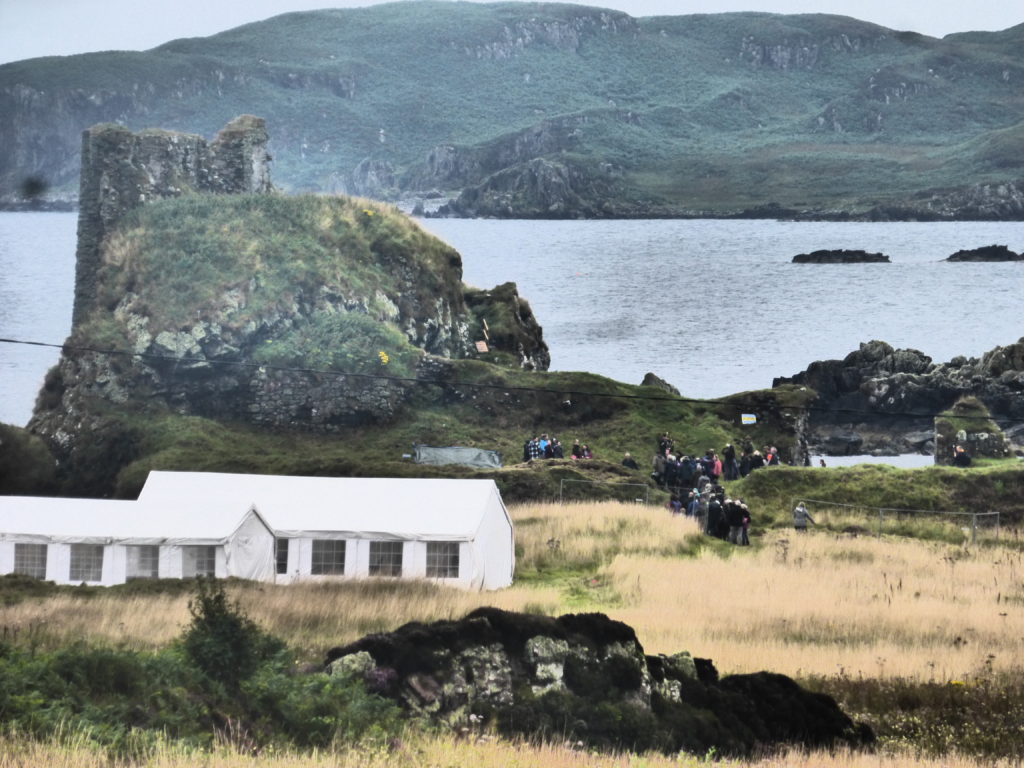 On the South coast of the Hebridian isle of Islay, lies the medieval site of Dunyvaig. Originally a naval fort belonging to the Lord of the Isles, Dunyvaig castle has a rich history of siege and battles associated with the clan MacDonald.

An Electrical Resistance survey carried out in 2017 revealed a plethora of rooms and walls thought to be earlier than the standing 16th Century ruins. With the potential of a Hall-House atop the sheer sea-facing walls, an internal courtyard and an external working courtyard, further excavations at the castle have a high potential for exciting discoveries.

Updates on the excavation, open days and finds will be posted (wifi permitting) over the next four weeks.

To read more about the projects aims, head over to Islay Heritage and for the context of the Castle itself try David H. Caldwell’s informative book “Islay, Jura and Colonsay: A Historical Guide”.